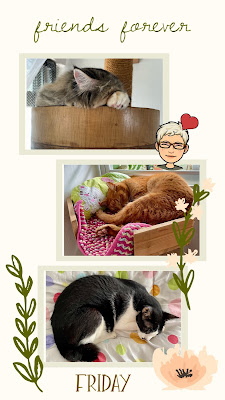 What a pretty collage! 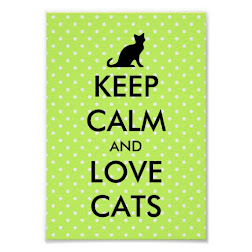 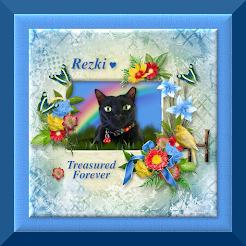 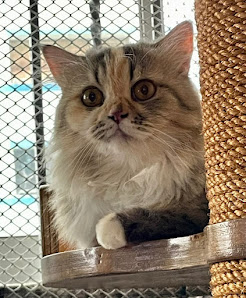 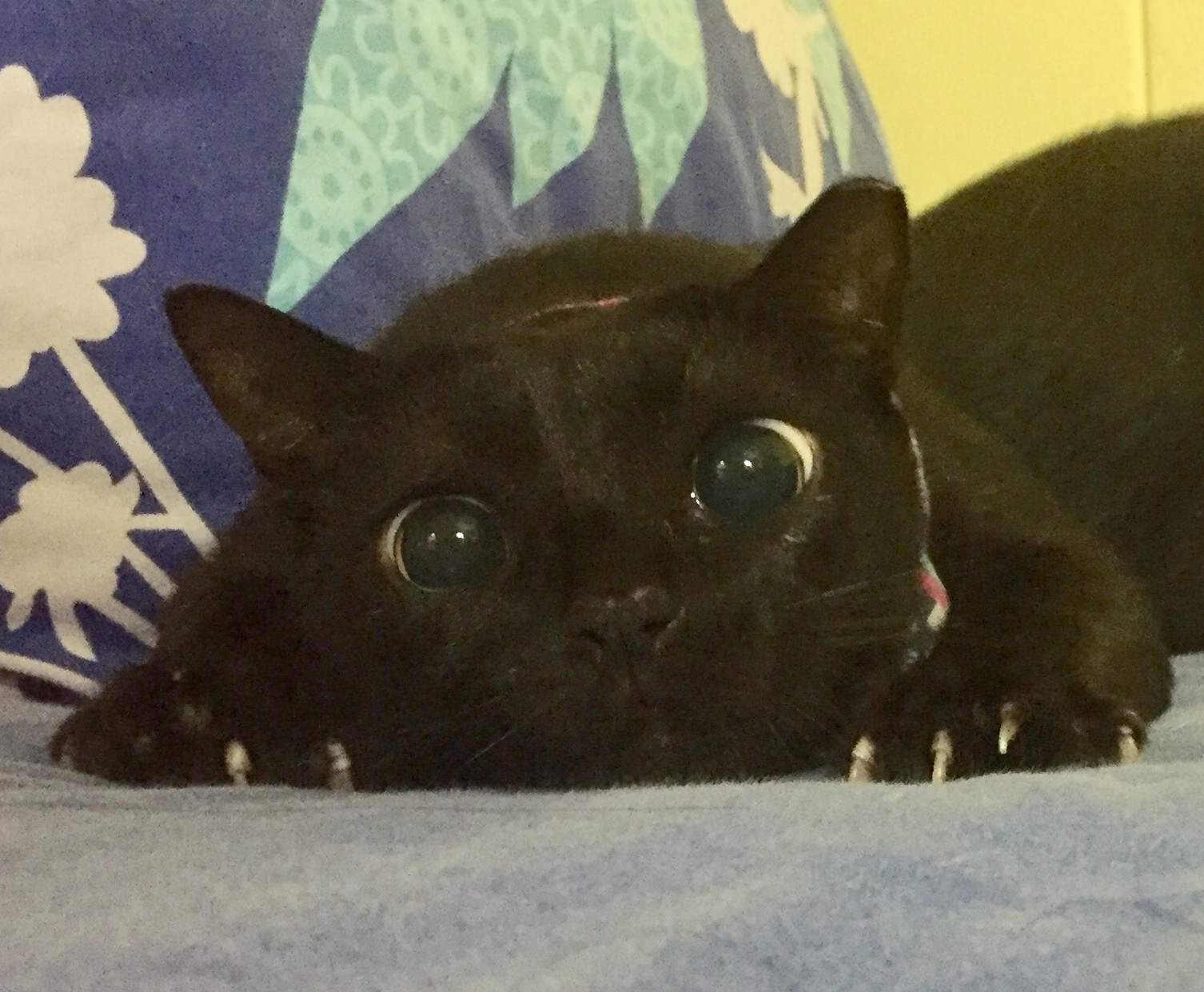 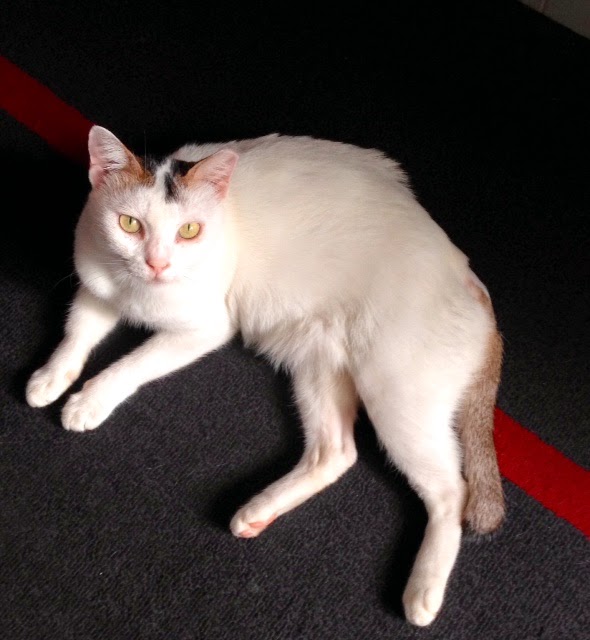 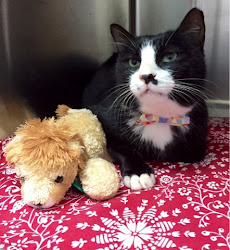 Bujang came one rainy afternoon on 18 Oct 04. He was a scared 4 week old kitten who fought bravely. He drank his milk and ate all his vitamins and grew up big, strong and steady. Ms Akira came from the SPCA on 20 Feb 05. She was about 2 months. She was a diva then and a diva now. Her favourite cat is her bruffer Bujang. Totoro (or Toro for short and TunaBelly for laughs), came here on 1 Mar 06 at 1.5 years old. He is goofy and gentle and loves to have his fur brushed. I rescued Megat from a dark cockroach-infested carpark on 13 Dec 06. He was already more than 10 years old. He had bad teeth, cataracts and FIV. Now he has 1 canine, some bluriness in his eyes and is a cancer (lymphoma) survivor for 2 years already (as of May 2011). He is very loving towards his humans, loves warm cushions and warm hearts. Rocket Tanaka is named after the celebrity chef Jun Tanaka. He was a Deepavalli blessing on 18 Nov 07, at 2 months. He eats much and sleeps even more but he is a sportskitty at heart. He thinks he is The Boss and behaves like one. Popsicle Poppy was rescued in October 2013, At 10, she was not as fast as before and was hurt twice by other cats and sometimes her fur would be singed by the fires during the Ghost Months. We formally adopted her in Nov 2014 after about 18 months of recuperation. Ninja Rezki started as a foster in April 2016 but as he has kidney issues, the amigos decided he should stay. We bought him a new toy on 24 December 2016 and adopted him on 25 Dec 2016. I am blessed to have them all.
On 23 Sept 2022, we adopted Skywalker aka Sky from a hoarder situation. She was 3 years old. She relished the space and kept looking at the sky through the windows. 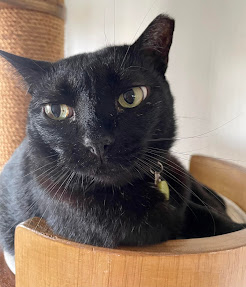 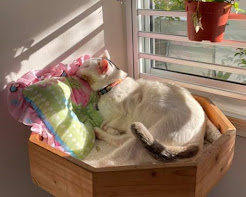 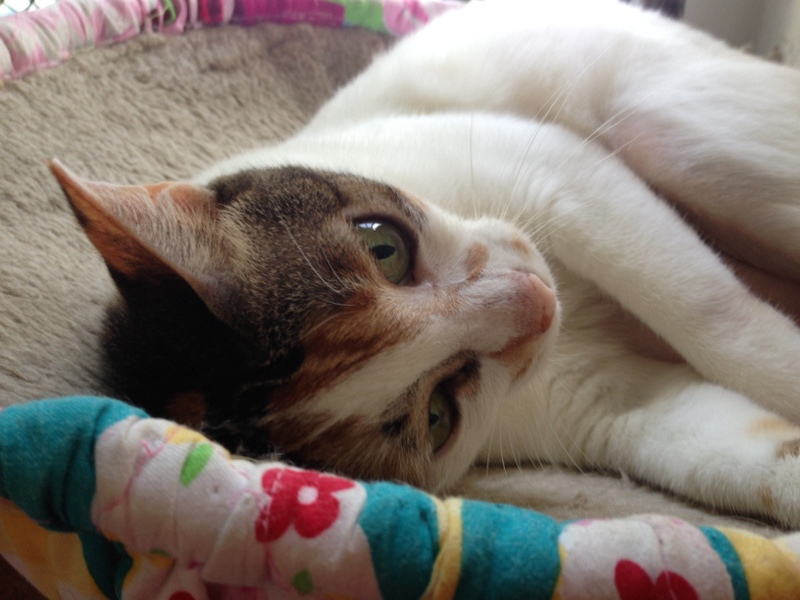 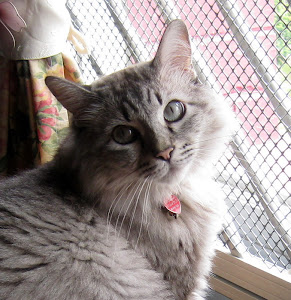 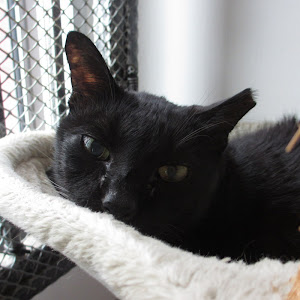 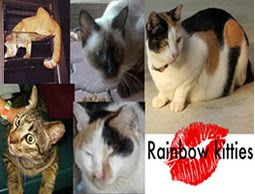